How does solar power work?

Solar PV (photovoltaic) panels produce electricity from sunlight. PV panels have no moving parts, and use an inverter to change the direct current (DC) power they produce to usable alternating current (AC) power that is practical for modern commercial use.

How long do solar panels last?

Many concerns about new solar technology focus on its perceived "newness," but the technology was actually developed in the 1950s, and it has been consistently improved upon since then. Initially, solar panels were mainly used by NASA. It's a testament to the power of solar energy that the fundamentals of the technology are strong enough to support satellites and astronauts. Solar panels like the ones that will go on your roof are carefully designed and tested-both in labs and in real life-to withstand rain, snow, hail, wind and, of course, the sun.

The predecessors of modern solar panels made in the 1970's are still producing power. Today's panels also benefit from 60+ years of development and improvement! The bottom line? Most panels are guaranteed to be producing power for at least 25 years, and most installers will offer a 10-25 year warranty on workmanship and a power production guarantee.

How long do inverters last?

Inverter warranties are 10-25 years, depending on the make and model and technology. However, more and more value-added features are getting built into inverters, so those additional features will likely increase the warranty period.

What is Net Energy Metering (NEM) and how does it work?

At any time of the day, a customer's solar system may produce more or less electricity than you need for your business. When the system's production exceeds the customer demand, the excess energy generation automatically goes through the electric meter into the utility grid, running the meter backwards to credit the customer account. At other times of the day, the customer's electric demand may be higher than the renewable energy system is producing, and the customer relies on additional power needs from the utility. Switching between solar system's power and the utility grid power is instantaneous-- customers never notice any interruption in the flow of power. 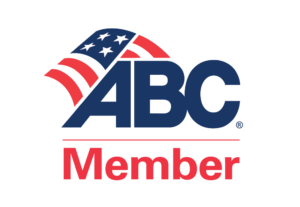